Oxbo initialized the “Tool Carrier” idea back in 2004. Since then, the Gage Family from Missouri purchased the patent’s and license’s to the Tool Carrier. Vmech was established in 2014. After the acquisition, our team of engineers innovated the machinery throughout. We were presented with issues growers were facing in the agriculture sector of the wine industry. This sparked the idea to create a modular machine that has proven itself as a very beneficial tool to the farmers. Our team has taken on several projects with highly profiled colleges including:
‣ UC Davis Viticulture & Enology
‣ Cornell Viticulture & Enology
‣ Fresno State, Department of Viticulture & Enology

The Vmech unit was created on the idea of proficiency. Current machinery that was set up to help farmers get started in mechanization was a good inception point. We decided to go beyond just that. The Vmech started as a one row unit, however we quickly moved away from that idea. We are pushing overall efficiency. How can a machine provide durability, multiple row application & multiple head configurations to stay busy for a longer time period? These were the questions that provoked innovative ideas to create the present day Vmech Chariot.

‣ A cost comparison of the One Row Unit VS the Two Row Unit comes in favor of the Vmech. Here, we are able to remain cost effective.
• $80/Hour VS $80/Hour
‣ Also, given that the operators are sitting in the Tool Carrier focusing on one thing (whatever application they are doing, Pruning..Shoot Thinning) they are not constrained to have to drive a tractor AND prune. This allows for a PRECISION pruning application.
‣ Lastly, they are covering more acres in a single day than the One Row Unit. This allows for pruning to be put off later in the season to avoid frost & other risk factors given that they will be able to cover their acreage in a shorter time frame.

As time evolves, so does productivity of ideas. For an operation looking to invest in a single row unit and cover the amount of acres the Vmech can do; they would need 2 mechanical pruners, 2 operators & 2 tractors. Not only does the Vmech Chariot out work the amount of ground covered per day, but also is equipped to provide precision with all of the attachments based on the amount of task’s operators encounter while pruning, shoot thinning, trunk suckering, or de leafing.

The Vmech can prune operating between 1.0MPH – 3.0MPH. Our customers utilizing the machinery are able to go in the field with one pass and do between 80-98% of the job. We are pushing the idea of making a single pass with high precision VS pre pruning at a high speed to cover acres quickly. Overall, this allows for hand follow up to be more proactive. 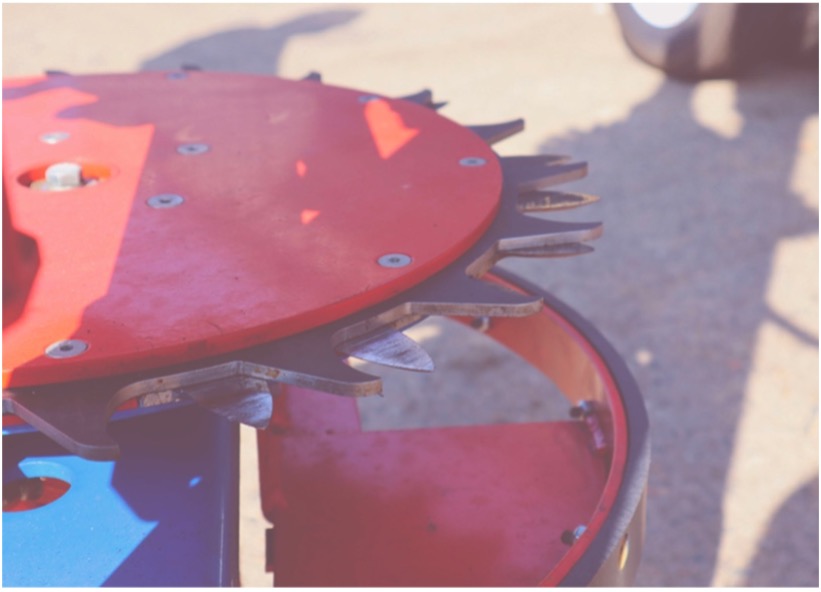